Eastern Mediterranean achieved reduced environmental footprint at the port of Killini, which on December 20th, 2018 held an inauguration event of the first pilot shore installation for the electrification of ships with an overwhelming ceremony that shed light to the endeavour that was accomplished by the EU co-funded Action ‘elemed’ and the shipping company Levante Ferries, who experienced the plug in of its passenger ro-ro ferry Fior Di Levante to the new electrification position on shore.

The event was opened by Mr Nabil-Iosif Morant, Mayor of the Municipality of Andravida-Killini and President of Municipal Harbour Fund of Killini, who proudly extended a warm welcome to the Government Officials, honoured guests and partners of ‘elemed’, highlighting that the port of Killini is leading a revolution towards greener fuels and ports.

This first step to the use of electricity as an alternative fuel in maritime transportation was highlighted by the presence of the Alternate Minister of Shipping and Insular Policy, Mr Nektarios Santorinios. The Alternate Minister during a panel discussion that followed the cold ironing facility inauguration ceremony, expressed the commitment to proceed with the adoption of the relevant regulatory context for the use of electricity as an alternative fuel. Mr Santorinios also stated that incentives are scheduled to be announced shortly, to enable vessels serving insular connections to turn to natural gas and electricity and moreover new sea routes will be defined to apply the subject alternative energy sources.

Within the context of the event that took place on December 20th, the architects of the endeavor delivered a presentation of the main pillars of the action. Mr. Panayiotis Mitrou, Technology & Innovation Manager, South Europe, Marine & Offshore, Lloyd’s Register talked about the objectives, the vision but foremost the ‘elemed’ legacy, which is no other than bridging the energy sector, which can in the future be dominated by sustainable, renewable solutions, with the marine sector. This creates a new pathway and a new prospect for both ports and insular connections of Greece.

Mr.Theodoros Kourmpelis, Service Delivery Project Manager, Lloyd’s Register, led the guests’ installation site visit, while briefly describing the cold ironing operations, as well as the course that both the port of Killini and ‘elemed’ partners had to follow; from the conception of the idea of ships ‘electrification to the realization of a vision through the application of the innovative technology in real life.

Mr. Vasileios Georgiou, Managing Director of PROTASIS A.E. admitted the high profile nature of the project and in fact stressed that this challenge was the reason for the company to get involved. When asked about the difficulties faced in the execution phase, he clarified that the project was complicated rather than difficult. Mr Georgiou noted some of the plethora of parameters that needed to be examined from a technical perspective, in order for the port of Killini to be in a position to welcome and operate the shore based cold ironing installation.

Associate Professor of the Laboratory for Maritime Transport, School of Naval Architecture and Marine Engineering of the National Technical University of Athens (NTUA), Mr Dimitrios Lyridis with his expertise and contribution in the development of actions aligned with EU policies and priorities, underlined the achievement of ‘elemed’ to be placed under the Cohesion Fund thus attaining a record funding rate of 70%. The professor moved on to stress that this proved to be a really challenging project on a twofold basis, funding the deriving gap and working in a comprehensive network. Overcoming the difficulties from a financial perspective validated the prospect of this technology in this as well as any relevant future application.

Specific reference was made to the maritime company Levante Ferries, who even if not being an initial partner of the ‘elemed’ consortium, has in fact made a great contribution towards the realisation of the vision of electrification, proceeding with its own capital expenditure to the installation of specialised electrical equipment to enable the connection of its passenger ro-ro ferry Fior Di Levante with the shore based installation. Mr Efstratios Apergis, Managing Director at Levante Ferries underlined the importance of innovative thinking and persistence to invest and their commitment and courage towards sustainability as aspects that run the strategic aspirations of the company. He also openly stated that Levante Ferries will advocate any respective pioneering effort, being ready to invest to the adoption of the innovative technology to the rest of the fleet.

Regarding the electrification capacity at the port of Killini, there are projections for other four electrification positions, in total and also one electricity charging connection to address the demand of hybrid ships, which will use batteries as a means for propulsion.

With the certainty of all speakers and officials that the legacy of ‘elemed’ will lead by example in other self sustained applications the event was concluded with everyone’s view towards a positive near future, which will deliver environmental, social and financial benefits for the ports, along with the strengthening of insularity and sustainability in maritime transportation.

20/12/18: Inauguration ceremony in Port of Killini

And the Green4Sea Initiative Award winner is....

the elemed story ...in animation 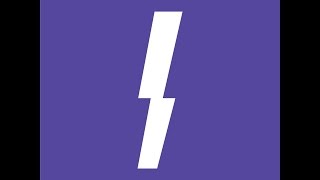 What stakeholders say about shipping electrification?

20/12/18: Inauguration ceremony in Port of Killini

And the Green4Sea Initiative Award winner is....